After a video circulated on social media this weekend of two females attacking two homeless people in Auburn, three juveniles were arrested.

According to the Auburn PD:

The two females, one a 16 y/o, the other a 14 y/o, have both been charged with Aggravated Assault, class B. The 16 y/o is being held at Long Creek Youth Development Center in South Portland due to pending previous criminal activity. The 14 y/o was released to her parents on a bail contract. The 15 y/o male who made a video recording of the attack has been charged with Criminal Conspiracy to Commit Aggravated Assault, a class C crime. He was also released to his parents on a bail contract. 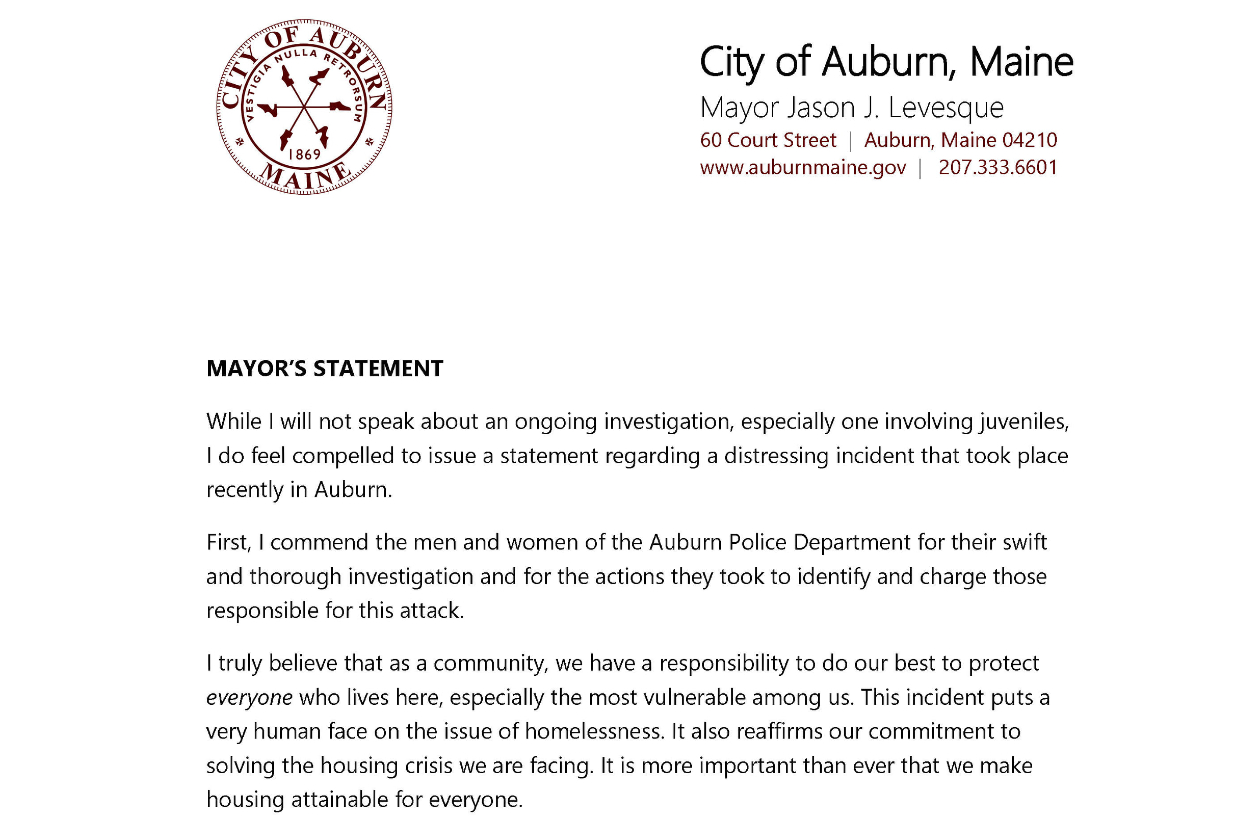 Boston to Begin Requiring Proof of Vaccination for Many Indoor Businesses

Nominate for the Maine Teacher of the Year