This morning, Dec. 1, just before 6:30am, Maine State Police Troopers responded to a crash on Route 27 in Belgrade at a railroad crossing.

The driver of a blue Hyundai Elantra, 83-year-old William Bockman of Smithfield, was travelling south on route 27 when he collided with a machine called a railroad tamper which was being operated by 19-year-old Bryce Willette of Madison. Bockman was transported to a local hospital with non-life threatening injuries. Willette received minor injuries. The southbound lane of 27 was shut down and the Belgrade Fire Department directed traffic through the northbound lane. The cause of the crash is still under investigation. 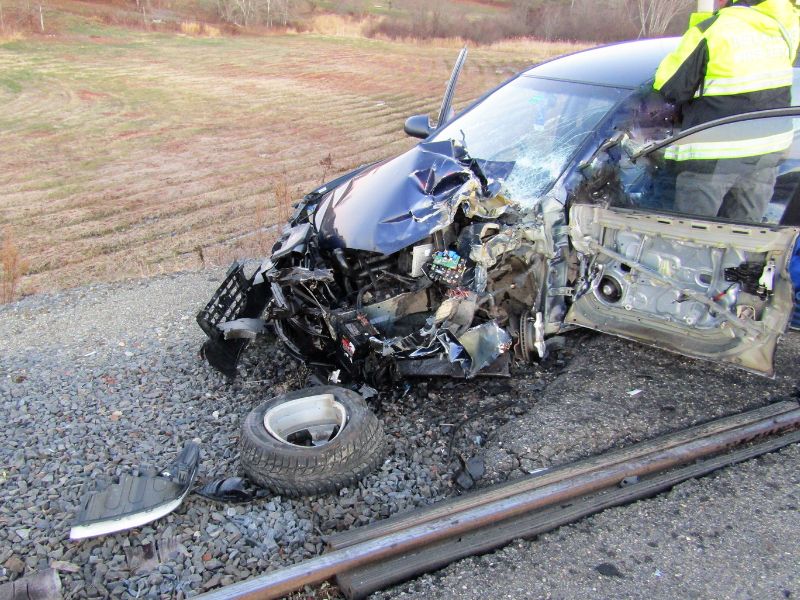