It looks like we’ll be paying a lot more this year for a typical Thanksgiving meal. According to the American Farm Bureau Federation, Thanksgiving dinner will cost about 20% more than it did last year. 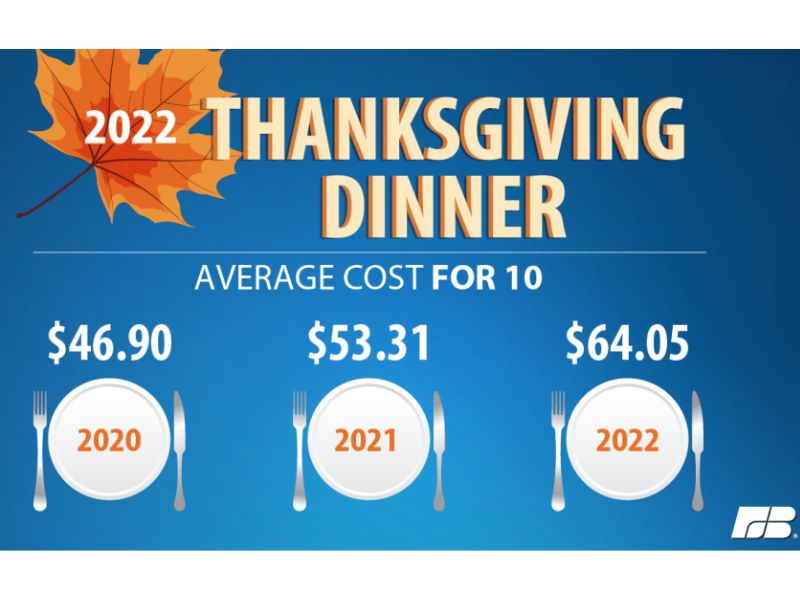 The centerpiece on most Thanksgiving tables – the turkey – costs more than last year, at $28.96 for a 16-pound bird. That’s $1.81 per pound, up 21% from last year, due to several factors beyond general inflation. Farm Bureau “volunteer shoppers” checked prices Oct. 18-31, before most grocery store chains began featuring whole frozen turkeys at sharply lower prices.
A feast for 10 with 12 menu items including a turkey, stuffing, cranberries, and pumpkin pie mix will cost $64.05 on average — up $10.74 from last year. That breaks down to about $6.50 per person, according to the annual survey.

The price of a 16-pound turkey is $28.96 on average this year, up 21% from 2021, according to the survey. Inflation cooled last month but still remains elevated at 7.7% for the year ending in October. 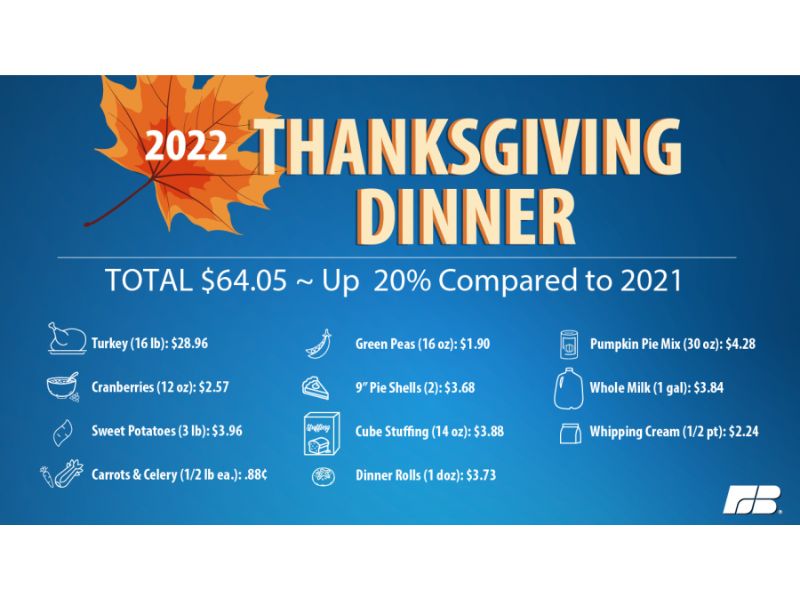 Kidnapping in Bangor Not Part of Larger Trafficking Ring