A 70-year-old hunter was located yesterday afternoon (10/29) by the Maine Warden Service in Northern Piscataquis county after spending a night in the woods.

Maurice Pelletier, 70 of Caribou, had gone bird hunting alone on Wednesday, and had got out of his vehicle to shoot a grouse. Upon seeing a second grouse flying into the woods, Pelletier followed it into the woods, was able to shoot it, but he became disoriented in the thick woods, and was unable to find his way out back to his jeep, which he had left with the motor running and the door open.

Pelletier built a fire in order to stay warm, and spent Wednesday night in the woods. Thursday morning, some hunters found Pelletier’s vehicle with the door open and the engine still running, and contacted the Maine Warden Service.

Game Warden Preston Pomerleau and his K9 Gordon quickly found signs of Pelletier, including the remnants of a fire, fresh cut fir boughs and food. Ten game wardens intensified their search in that area, and called in a warden service pilot to help search the area.

Pelletier, once hearing the plane circling overhead, found an opening in the forest and was building a signal fire when Warden Pilot Jeff Spencer located him and directed game wardens to his location. Wardens found Pelletier, and found him in good health, and assisted Pelletier out of the woods to his vehicle. He did not need medical attention.

Photos: Maine Department of Inland Fisheries and Wildlife
(Maurice Pelletier’s jeep was found with the engine running and the door open by a group of hunters.)
(Game Warden Kale O’Leary and Maurice Pelletier talk after Pelletier was located and assisted out of the woods after spending a night in the woods.) 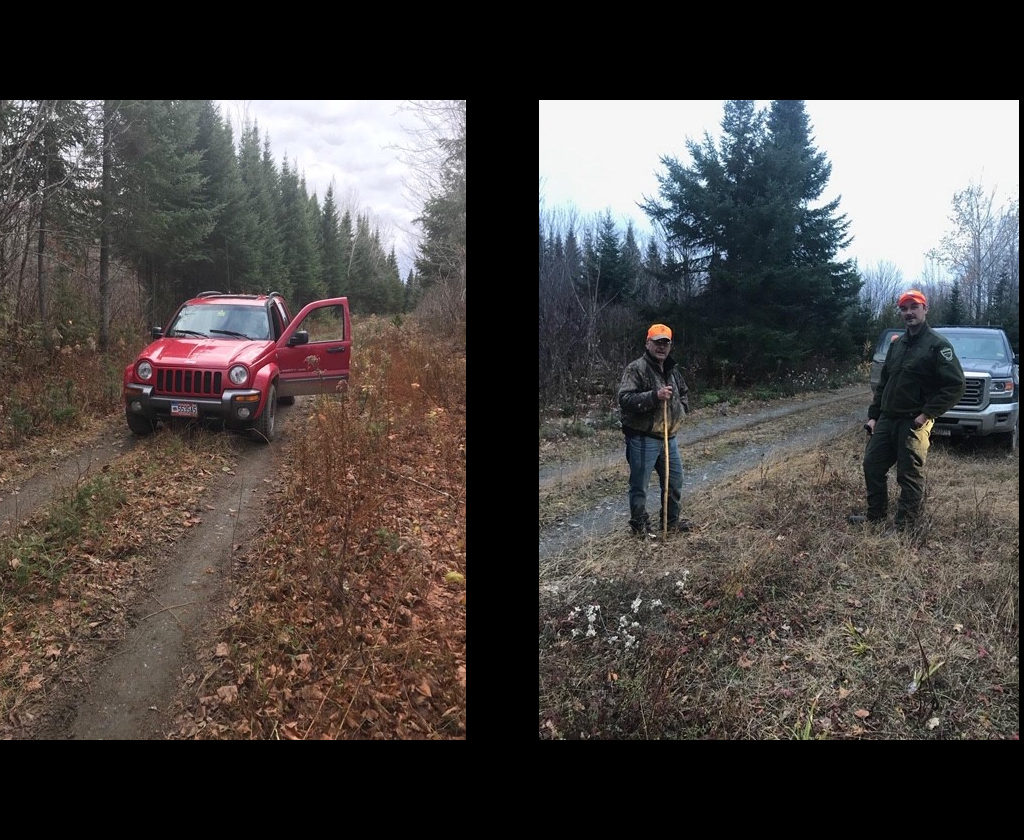 MDEA Halts Out of State Fentanyl and Cocaine Shipment