Maine State Police Troopers this morning, Sept. 14, responded to a crash in Ogunquit, involving a driver who fell asleep.

The investigation determined that 38-year-old William Funkhouser of Baker, West Virginia was driving a 2021 Toyota Tacoma northbound on the Turnpike (at mile marker 14 NB) when he fell asleep and swerved his pickup truck into the middle lane swiping a tractor-trailer. The crash caused the pickup truck to roll over several times. The passenger in the pickup truck, 23-year-old Jonah Hose, also of Baker, West Virginia was ejected from the vehicle. He was not wearing a seatbelt. Hose suffered serious injuries and was transported to a Portsmouth, NH hospital. Funkhouser and the driver of the tractor-trailer were not injured. At the time of the crash, Funkhouser was transporting 10 dogs in a steel cage in the back of the pickup truck.

One dog was found deceased at the scene. 8 dogs were recovered. One is missing. Of the recovered dogs one was taken to a local veterinarian. At this time the dogs have been reunited with the driver of the pickup truck. 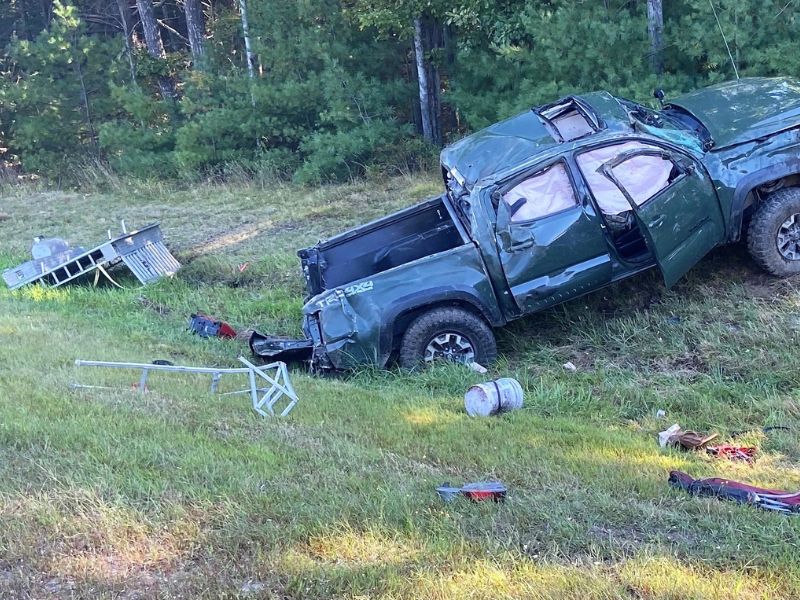 The crash remains under investigation.

All but one has been found. Several that have been located were on the beach and dunes. Three…

#UPDATE: The Ogunquit Fire Department says "Whiskey" the dog is still missing after a crash on the turnpike that killed another dog and injured a passenger.