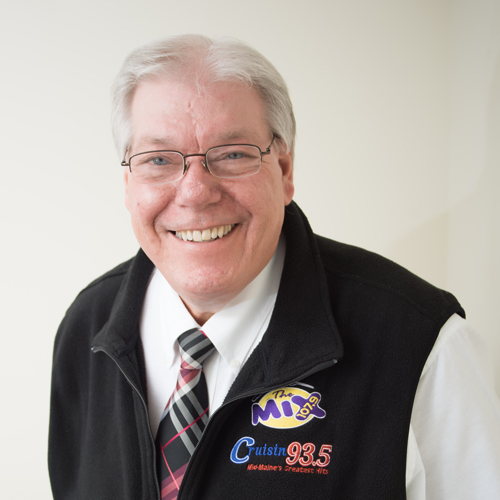 After graduating high school, Steve enlisted in the National Guard where he served almost ten years and was employed in civilian life as a carpenter and painter.

In 1976, Steve knew someone who managed a night club and convinced him to let him spin records for free one night a week. He eventually picked up all the paid nights and became a member of the Boston Record Pool and worked at various Clubs around the Boston area.

In May of 1979, Steve retired his hammer after 10 years and moved to Portland, Maine where he took a job with a hotel and night club as a DJ.

In July of that year, Steve was approached by the program director from 97 WCSH radio and was asked to do a little segment from the night club he worked at for a nationally syndicated weekly radio show airing across the country. It was at that point, at age 29, that he got his Class 3 radio operators license and pursued a career in broadcasting. He worked at that station for almost three years and learned from some great talent, working just about every shift possible and doing an oldies show on Sunday mornings.

Since then, Steve has worked for local radio stations in Portland, Auburn, Gardiner/Augusta, and in 2007 joined Mix Maine Media (formerly Mountain Wireless Broadcasting) working as an account executive in broadcast sales, and as an on-air personality with 107.9 The Mix and the host of Morning Drive on their former oldies station, Legacy AM1160.

After a short break from the air waves from January to April, Steve returned to the air chair at Cruisin 93.5 where he had the pleasure of hosting the Afternoon Drive show.

Steve continues to actively work in area night clubs where he got his start over 35 years ago, works actively as a wedding and function DJ, and continues to host the Sunday Night Sock Hop and Dance Party in Sabattus, Maine.