Maine State Police, Skowhegan Police, and Waterville Police are looking for two men who fled after leading authorities on a high-speed chase.

There may be a young-looking female with them. Hailey Goeltz, 26, of Connecticut. She is described as 5’7” with green eyes. We have no information on weight, race, or hair color.

The pursuit began yesterday (oct. 6) in Waterville after Waterville Police Officers attempted to stop a vehicle they articulated was occupied by an adult male who was wanted on robbery charges from Connecticut. The vehicle failed to stop and the pursuit began moving through Waterville, Clinton, then into Augusta where Troopers became involved. Several attempts were made to deploy spike strips in an effort to terminate the pursuit however due to the high speeds that topped 100 MPH, no Law Enforcement Officer was able to get ahead of the pursuit.

At times, the suspect vehicle was operating in the wrong lane of travel forcing vehicles to move off the roadway. As the vehicle continued south on from I-95 onto I-295 it abruptly exited in Richmond onto Rt. 197 then made a turn onto Rt. 201 North, where Trooper Tyler Harrington had an opportunity to apply the PIT maneuver.

Both the suspect vehicle and the State Police cruiser exited the roadway and came to rest off the road. The suspects fled on foot into the area that consisted for field and woods.

A K9 track was started in an attempt to locate the suspect that was not successful. Trooper Harrington was transported from the scene via ambulance for concussion symptoms. He was treated and later released from Maine General Medical Center.

Waterville Police are the lead agency on the criminal investigation that lead to the original traffic stop. The suspects remain at large and should be considered armed and dangerous. If you see them call 911 or 207-624-7076 x9. 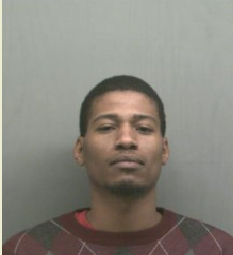 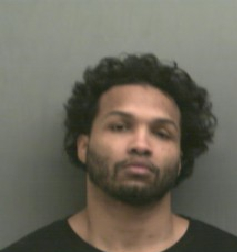 Jo-Marie Arbour of Litchfield tells us one of the suspects in last night’s high-speed chase showed up at her door this morning with a woman whom police believe was traveling with the two suspects… @WGME @FOX23Maine pic.twitter.com/KHHLXhIeSr

Travel Alerts Because of Upgrades at Turnpike Service Plazas