The last time the Skowhegan High football team won a state championship in football Jimmy Carter was President, gas prices were .68 cents a gallon and Chuck Barris, The Unknown Comic and Gene, Gene The Dancing Machine were dominating network television on NBC. The year was 1978 but the wait is over as today at Fitzpatrick Stadium in game heard on Sports Radio 1160 WSKW The Score, Skowhegan won the Class B football championship, beating Portland 20-14. 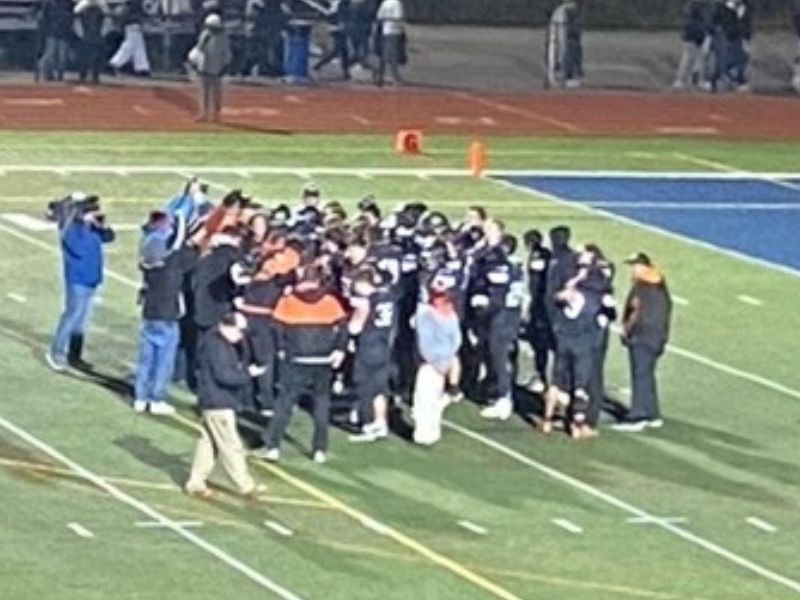 The River Hawks rode the legs and right arm of Quarterback Adam Savage who threw for a touchdown, ran for a touchdown and intercepted 2 passes, one at the goal line in the first half and the other with less than 5 minutes to go with Skowhegan nursing a 20-14 lead. The River Hawks then ran out the clock and the celebration began!

Adam Savage was our Mathews Brothers Windows Player of the Game and he had some huge numbers in the process. He ran for 154 yards and 1 TD and threw for 190 more and 1 TD to go along with his 2 interceptions, 1 that ended a Portland threat a the Skowhegan 2 yard line and the other that sealed the game away with less than 5 minutes to go.

Tyler Annis had 6 catches for 146 yards Quintcey McCray had 2 receptions for 44 yards and a touchdown.
Kennedy Charles had 27 carries for 155 yards and 1 TD for Portland who finished the season at 8-4.
The State Champion River Hawks finish their gold ball winning season at 10-2.