Yesterday, August 4th, Maine State Troopers traveled to School Ridge Road in Liberty in an attempt to locate a wanted person. Troopers located and arrested 27-year-old Cole Libby who lived at the residence on warrants out of Knox, Waldo, and Franklin County.

The investigation revealed that Libby was in possession of approximately 50 grams of Fentanyl. Also located at his home were several firearms as well drug scales and approximately $8,500 in suspected drug proceeds.

At Libby’s residence at the time were 28-year-old Felichia Glidden of Liberty and 56-year-old Randall Smith also of Liberty, both of whom are convicted felons. 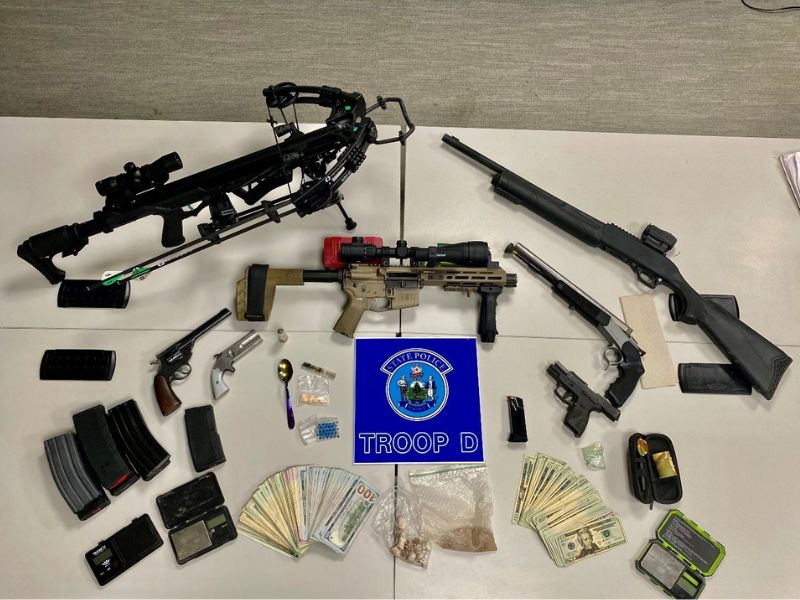 Glidden was in possession of methamphetamine and prescription drugs. Randall Smith was found to be in possession of approximately 6 grams of Methamphetamine, $1,700 in suspected drug proceeds, and two pistols. (The $1,700 is separate from the $8,500.) A further search of the residence turned up numerous high-value items stolen in recent commercial thefts including a Can-Am Side by Side and a cannon.

Libby, Glidden, and Smith were taken to the Waldo County Jail. At this time all three are out on bail.

The investigation is ongoing. If the cannon is known to you or you are missing a cannon please contact the State Police, Troop D at 207-624-7076 and ask for Cpl. Scott Quintero.