David Stoddard, 49, of Topsham is facing multiple felonies after leading police on a high-speed pursuit from Kennebunk to York, Jan. 12.

According to the Maine State Police:

Law enforcement received approximately 6 calls regarding an erratic driver on I-95. Trooper Lee Vanadestine, saw the white 2002 Ford Super Duty pickup that was towing a U-Hail trailer. The trooper pursued the truck which failed to stop and continued at high rates of speed through three lanes of traffic. After witnessing the vehicle nearly strike other motorists, the Trooper attempted to end the chase but ramming by disabling the trailer, but lost control of his cruiser and crashed into the guardrail on the median, disabling the cruiser and sustaining minor injuries.

Trooper Jarrot MacKinnon became lead on the pursuit. A Kittery police officer attempted to deploy spike matts to disable the vehicle, but was unsuccessful. 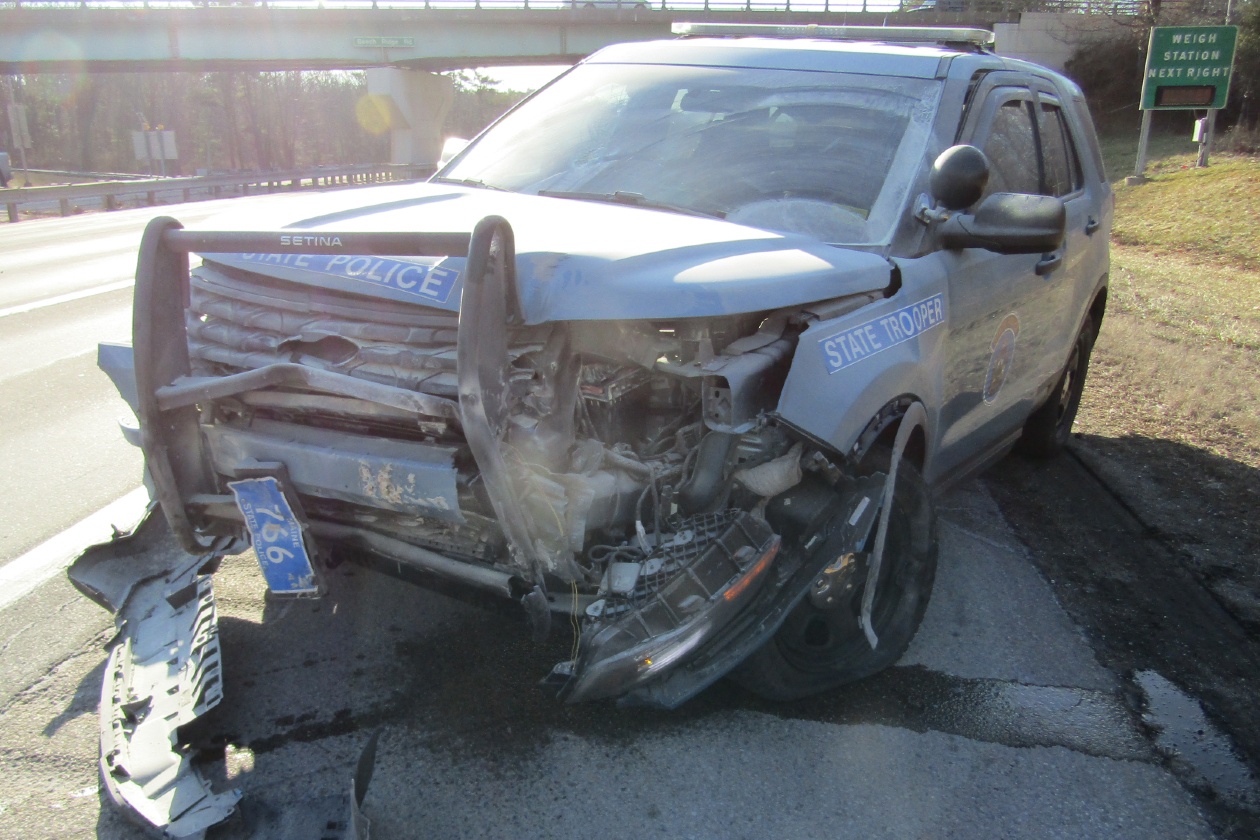 Stoddard was taken into custody, inuring Trooper MacKinnon, and transported to York Hospital for non-life-threatening injuries. He will be charged with elevated aggravated assault, aggravated reckless conduct, aggravated driving to endanger and eluding.

Lt. Desjardins, Tpr. Vanadestine, and Tpr. MacKinnon were all treated and released.

Couple in Rockland Threatened with Gun for Not Wearing a Mask